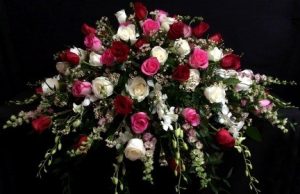 In Our Hearts Forever –
Talented Members of the Pull-Tight Family 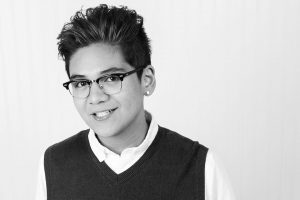 When Raymond Cruz walked into a room, it lit up. He was, literally, a ray of light. In his all-too-short 19 years on this earth, he encouraged, motivated, entertained, and inspired everyone he came in contact with.

Raymond was an extremely active member of the Pull-Tight family. He appeared onstage in numerous productions and often worked as crew on shows with his mom, Blandina. If you were involved in a show with Raymond, you know he had a way of making you feel so very special. He was always genuinely interested in others and was so endearing – you couldn’t help but smile when he was around. He was a ray of sunshine that lifted everyone’s spirits.

Outside of Pull-Tight, Raymond was very active in school, the performing arts, and the community. He lit up the stage as Lumiere in Centennial High’s production of Beauty and the Beast. He helped work the Kids On Stage camps every year. When some of his school friends weren’t able to play on the school basketball team, Raymond organized a league of their own to give these kids an opportunity to continue doing something they loved.

Even in the midst of his illness (Raymond was diagnosed with stage IV Ewing-like sarcoma in 2017), Raymond continued to be the bright light that shone on others as he raised money for Vanderbilt’s Children’s Hospital through his Ray of Light Foundation, an organization he founded to give back to the community that had supported him. Where others in the same boat may have become embittered by their situation, Raymond did not. In fact, Raymond’s attitude throughout was so positive and loving that those of us lucky enough to know him felt inspired to do better. What a gift he was to all of us.

Raymond had the voice of an angel. In his last few months, he pushed beyond limits that most of us can never comprehend in order to finish recording an album. And he did finish – and left the most beautiful songs for us to enjoy and remember him by.

On August 31, 2019, Raymond was freed from his pain and the miracle everyone had hoped for occurred – he was forever cancer-free. Raymond accomplished more in his 19 years than many of us ever will. Pull-Tight was blessed to have him as part of their family. He will be sorely missed, but will be forever in our hearts and the memory of that big, beautiful grin will continue to warm us for years to come. 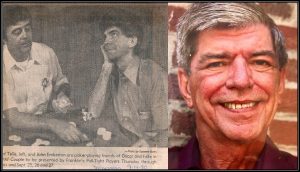 John loved live theatre. He absolutely loved it. He was an active member of three Nashville area theatre groups beginning in his early 20’s. He worked with Theatre Nashville, Circle Players and Pull-Tight Players in Franklin.

He worked in all areas of play production. He was a character actor, a stage manager, a producer and a director. He also did props, costumes and set building. Whatever was needed to make a successful production is what John did. He also served on the board of directors for Pull-Tight and was a past president.  He was honored as a recipient of the Pull-Tight Hall of Fame Award in 1997.

If you truly knew John, it’s highly likely that he was the funniest person you ever met. His quick wit drew people to him. He was always the life of the party. Always. He loved entertaining and often opened his home to friends in the theatre community as well as neighbors. Word is that he even painted his dining room pink for a 30th birthday party honoring a dear friend. He was known to throw epic parties: cast parties, dinner parties, Halloween costume parties, and 4th of July pool parties. His Independence Day parties included a huge fireworks display and John sporting his Speedo. Again, he was the life of the party.

He spent most of his working years in the furniture and design business. He was co-owner of Elmore’s on Main Street in downtown Franklin for over 20 years. He, along with the late Howard Tellis and the late TJ Aiello, made quite the team. They were well respected and played a big part in the Downtown Franklin Historical Society as well as The Arts Council of Williamson County.

John is predeceased by his parents, Elder and Virginia Emberton, and his partner of 31 years, Howard J. Tellis. He is survived by special friends Suzanne Burns, Jeanne Drone and Cindy Massey as well as his pup, Lily.

He left his print on his beloved Franklin. And when we think of him, it will be with love, admiration, and of course, laughter. 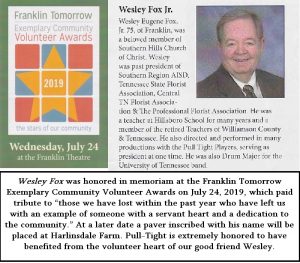