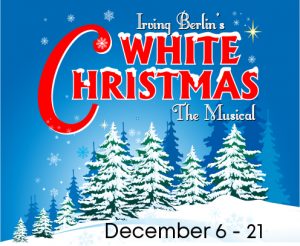 Auditions for Irving Berlin’s White Christmas will take place
Sunday and Monday, September 22 and 23 at 6:30 p.m.
St. Paul’s Episcopal Church in Otey Hall
510 W. Main Street, Franklin, TN
Actors do not need to attend both nights.
Please prepare a song reminiscent of 1950’s Hollywood movie musicals and bring sheet music.
Accompanist will be provided. Singing to tracks is discouraged.
Actors will be asked to participate in cold readings from the script
and a simple choreography/movement audition.
Performers with tap experience encouraged to audition.
Headshots/resumes are welcome but not required.

General Henry Waverly – late 50’s to mid 60’s – with the exception of one line, a non-singing role

Patrons of the Regency Room

Actors must be available for all performance dates.

Tweets by @PullTightTN
Announcing the Cast of MOONLIGHT AND MAGNOLIAS

Highlights from the 2019 Knot Awards Banquet
Scroll to top